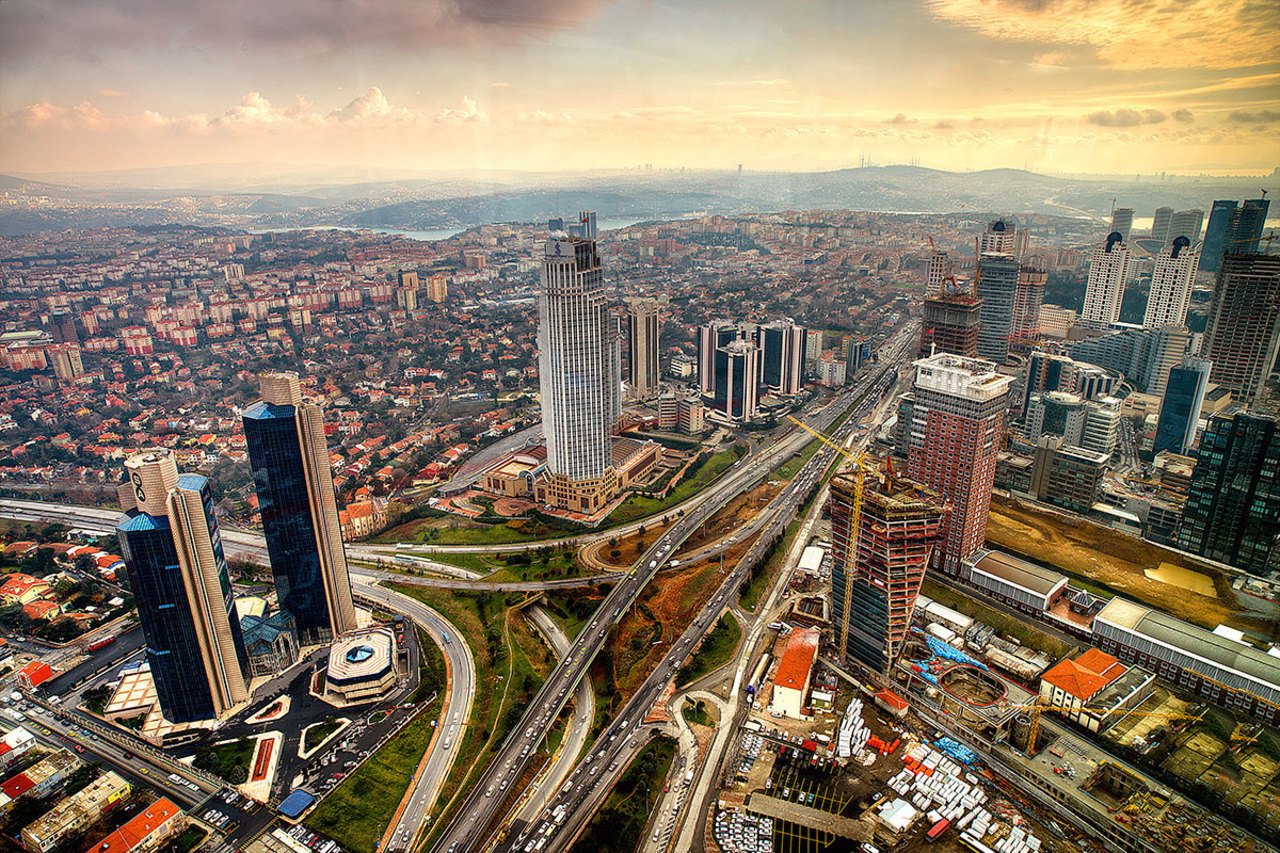 Due to the harsh conditions that have passed on the Syrians in recent years, a large part of them went to Turkish lands, and the issue of owning real estate for Syrians became a major concern that those familiar with the Turkish laws and regulations, and specialists in matters of buying and selling real estate, are interested in.

The Syrians had to conduct continuous searches, to find the best alternative in line with their desires, and a large portion of them found that Turkey is distinguished by its moderate climate, high economic growth, and diversity of its culture, which made it the preferred target for them, for housing and investment purposes.

The real estate available in Turkish regions and cities is considered the best real estate in terms of decent living that provides psychological comfort in the world. Where those wishing to buy real estate can search for homes for sale in Turkey at prices that are cheaper than other European countries, such as France, Italy and Spain, and the cost of living in Turkey cannot be compared to European countries, as it is definitely cheaper than those countries.

The Turkish real estate market has become a market for foreign investments, as investors came to this market in search of apartments for sale in Turkey or real estate for sale in Turkey. In Turkey, there are a number of factors that attract the attention of those who want to own and invest, from a beautiful nature, a moderate climate, a strong economy, a huge real estate market, in addition to prominent tourist attractions distributed throughout the country.

Therefore, buying a property for Syrians in Turkey is a profitable project par excellence, given the presence of factors that encourage the success of investment projects.

Are Syrians entitled to buy and own property in Turkey?

Ways to buy real estate for Syrians in Turkey

There are two ways Syrians can own and buy real estate, and the most prominent of these methods are:
1- Establishing a trading company

Establishing a company in Turkey, and registering the required and wanted property to be bought on the name of the company that was established, which bears the legal personality status, in which the property is registered in his name from the legal point of view in Turkey.

This method is the most effective for Syrians, and this is confirmed by the studies conducted by the Center for Endowment and Economic Policy Research in this regard, as those studies proved that the companies that were established by Syrian investors, in different regions and multiple states in Turkey, amounted to more than 10 Thousands of companies, during the last seven years, and this means the excessive number of establishing companies, i.e. an average of 4 new companies per day.

This method, which is represented in establishing companies for Syrians in Turkey, gives Syrians the possibility to own property in Turkey, with easy steps like other nationalities. When the Syrian investor establishes a commercial company in Turkey, according to a license issued by the Turkish government, the company obtains a legal personality, allowing him to own real estate in Turkey on the name of the company, but there are conditions in the issue of ownership through this method, which is that the property must be compatible To be owned in terms of its price and area, along with the size and capital of the company that was established. This method represents the most prominent legal option to overcome the obstacles to the Syrians’ ownership in Turkey.

Also, Syrian investors can establish companies with the presence of at least a Turkish partner, and accordingly, the company obtains a Turkish legal personality that entitles it to own real estate, and to practice commercial, industrial and agricultural activities without restrictions, and this is what works to increase investment in Turkey for Syrians.

The establishment of commercial companies by Syrian investors, with the presence of a Turkish partner, is one of the most important methods of ownership in Turkey for Syrians, and this method is consistent with Turkish laws; However, we must be careful in this method, and follow some procedures that can be applied when establishing a company with a Turkish partnership, with the aim of ensuring rights for all parties, such as placing a mortgage sign on the property in favor of the Syrian partner.

In fact, the problem with this method is to find a reliable Turkish partner, and a partnership contract must be signed between the two parties, clearly and clearly explaining the rights of each party, and indeed there are large numbers of Syrian residents in Turkey who were able to own real estate in Turkey through this method, and in this way The equation of buying a house in Turkey for the Syrians was solved in a second, legitimate way as well.

It is worth noting that establishing a commercial company with the aim of owning Syrians in Turkey is a very simple matter, and it does not need to spend much time and effort, but only a few hours within two days are sufficient for that, and then the Syrian investor gets the tax number and the commercial register, and ends with opening a special bank account In the name of the company.
What are the documents required to establish a company in Turkey?

The first of the steps that can be mentioned is to apply for the establishment of a commercial company in the state in which you reside, and want to establish the company in it, then followed by a group of papers, which are extracted through the law offices and specialized services, and these papers are as follows:

Request to establish a commercial company.
Legal agency and the process of authorizing a lawyer to follow up the procedures.
Incorporation declaration statement.
Company incorporation contract.
Two copies of the passport and personal identity, translated and duly certified.
Signature statement from the owner of the company.
Certified copies of other foreign documents, if any.
Bank receipts.
Chamber of Commerce registration statement.
Pledge: Usually required from the foreign partner (who does not hold Turkish citizenship).
Tax assignment document.
Buying the property and registering it in the name of the company, which represents the best solution for the procedures for legal ownership of Syrians in Turkey.

In addition to this, we at Taksim Homes can assist in preparing and presenting all these documents through the assistance of our real estate and legal consultants specialized in legal transactions, while providing multiple options for our honorable Syrian clients, who want to buy real estate in various Turkish cities, such as Istanbul and Antalya, with many options. Suitable for all requirements and budgets of Syrian investors.

After all of the above, to find ways to buy real estate for Syrians in Turkey, from establishing a commercial company in Turkey and owning a property through it, many Syrian citizens thought that this would allow them to apply for Turkish citizenship, according to the aforementioned laws.

Why buying real estate for Syrians in Turkey is the best solution?

It can be said in the answer to this question that there is no doubt that the real estate available in Istanbul guarantees you huge profits, as this city provides you with a wide range and multiple options of apartments, shops and other huge investment projects.

In addition, it provides all the tourist elements and the presence of many tourist areas in Istanbul, such as Sultanahmet, sküdar and many other areas.

In addition to all of the above-mentioned, there are common and diverse cultures and customs between the Syrian and Turkish peoples, and other things are the beautiful weather and a balanced lifestyle in Turkey, so Turkey is the appropriate place for Syrians to live in the country.

Which Turkish cities are suitable for buying real estate for Syrians in Turkey?

In fact, there are many states and regions in Turkey, through which you can find the ideal property that suits your requirements and tastes, and wonderful offers for those looking for apartments for sale in Turkey are available in Turkey, especially in coastal cities with amazing sea views. .

As for the main cities that are suitable for buying real estate for Syrians in Turkey, they are: Istanbul, Bursa, and Antalya at the forefront of the Turkish cities that are most suitable for you, and they will host you on their picturesque beaches, where you can enjoy from the balcony of your new home the view of sunrise and sunset on the shores of the sea.

The city of Trabzon is one of the Turkish states that Syrians want to buy real estate in in particular and Arabs in general, as this city is located in the northern region of Turkey, and it is called the Pearl of the Black Sea, and it is rich in authentic Turkish villages and traditions.

Tips that must be followed before buying a property for Syrians in Turkey?

If the real estate is intended for work, then cities such as Istanbul, Bursa, Izmir and Antalya will be the ideal choice for you, as these cities have all the industrial and investment elements that encourage the success of the business that you intend to do.

And if you want a quiet and carefree life, far from the hustle and bustle of big cities, then cities like Trabzon, Sakarya and Konya are the best solution for you, these cities are characterized by their beautiful nature, their steep mountains, green plains and charming seas, and they will be the most suitable for you.

Among some advice when buying a property in Turkey is the need to seek the help of a reliable real estate agent, or a real estate company specialized in professional real estate consultancy, such as Taksim Homes, which facilitates the purchase process for you, and saves you a lot of effort and time in following the registration, certification and verification procedures.

In our article today, we dealt with a topic that is frequently searched on Internet pages, an article entitled Buying Real Estate for Syrians in Turkey, and we put the reader in the picture of the general situation of Syrians, their investments and the issue of their ownership in Turkey.

We provided answers to everything related to the questions raised about the possibility of Syrians owning property in Turkey, buying a property for Syrians, and we put forward some laws that unfortunately prevent Syrians from owning in Turkey.

In our article, we continued to search for other methods that provide the possibility of ownership, and after research and scrutiny, then find two methods through which Syrians have ownership in Turkey.

After reaching the purchase of a property, and registering it in the name of the Syrians, we moved on to talk about the fact that buying real estate for Syrians in Turkey is the best solution, and we mentioned some important points in this paragraph, which would encourage Syrians and other investors to buy real estate in Turkey.

Living in Turkey for the Palestinians

Investing in Turkey for Jordanians

Earthquake insurance in Turkey Earthquakes in Turkey Turkish geography is characterized by...