Corona’s impact on the real estate market in Turkey 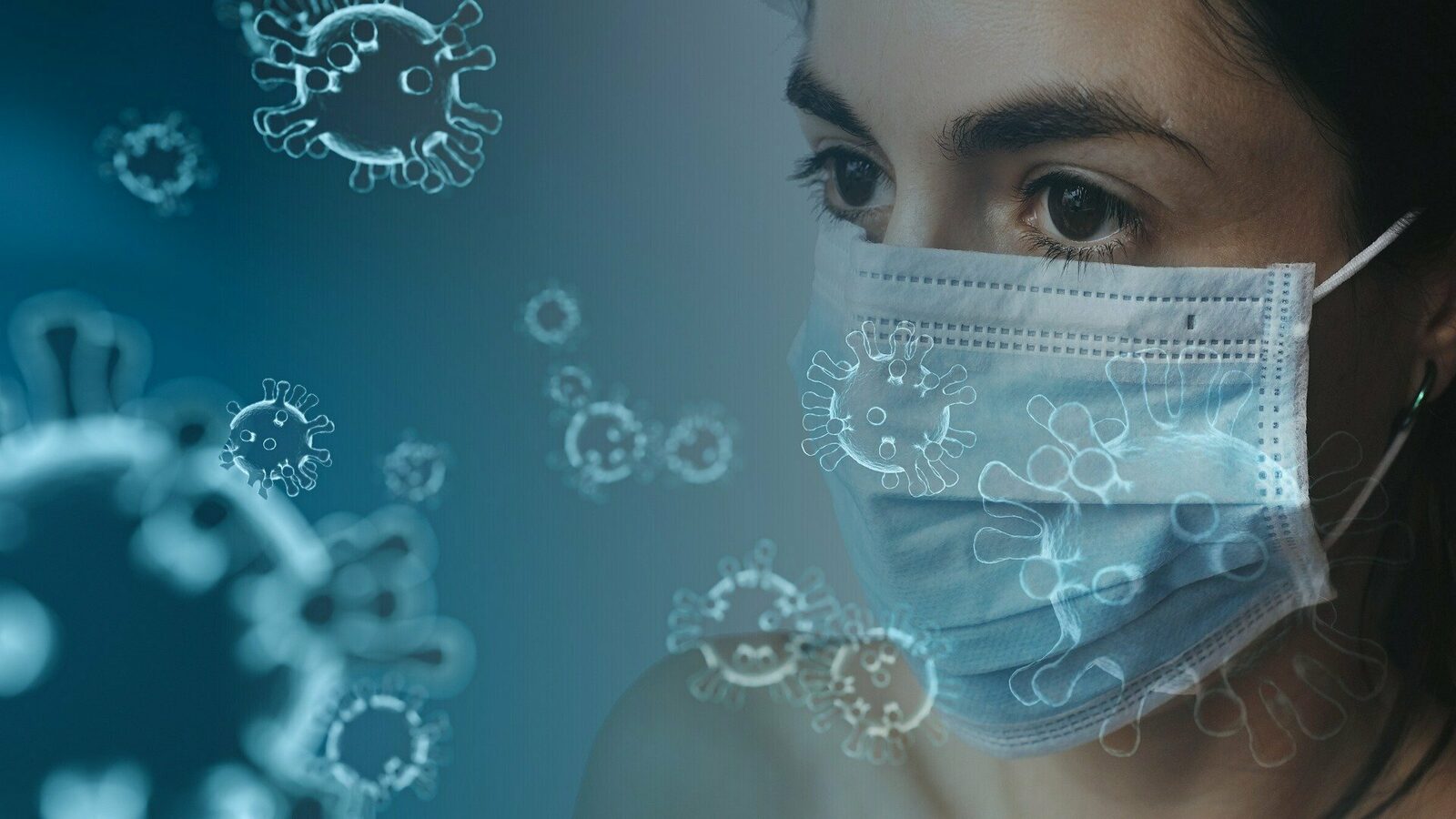 Corona’s impact on the real estate market in Turkey

Everyone knows that the Turkish economy has witnessed a great revival in recent years, and through this renaissance it entered the ranks of the most powerful economic countries in the world, but after the emergence of the Corona virus in China and its spread in Turkey and European countries, how will it affect the real estate market in Turkey? … ..

It is no secret that the Corona virus has caused the tent damage it caused to all of humanity, and its impact on the economy was strong in the countries in which it spread. With the appearance of the first infections in Turkey at the beginning of last March, questions increased about the Turkish economy, especially after the large measures and measures taken by the Turkish government to prevent the spread of the Corona virus in the country.

In this article, we will work to shed light on a topic related to the extent of the impact of the Corona virus on the real estate market and the economy in Turkey.

It is known that the Corona virus, which stopped the movement of life in many countries of the world, has forced the Turkish government to take all measures that limit its spread in the country, and among these measures was to close all land, air and sea crossings, and it also worked to reduce travel movements between Turkish states.

These measures taken by the Turkish state in an attempt to control the Corona virus have greatly affected tourism movements, and reservations related to the arrival of tourists to Turkey have stopped, and all domestic flights between Turkish states, and foreign trips to and from Turkey, have been canceled.

The Turkish government has also taken all precautionary measures to prevent gatherings among people in order to reduce the spread of this virus, as many matches requiring the attendance of the masses have been canceled and public and private schools closed. All cultural and social activities organized by universities and cultural centers were suspended.

On the other hand, work has been done to manufacture medical devices that help prevent Corona virus, and requests related to medical masks and sterilizers have increased, and work has been made to manufacture them day and night, and prices have risen as a result of some manipulations in the recent period of violations by some people.

As long as supply and demand movements are stalled in many countries, and the airports and crossings are closed, then surely Turkey will face a major challenge regarding the decline in the buying and selling process, especially since foreign investors were not able to come to Turkey as it was before.

This would reduce the number of foreigners wishing to buy real estate in Turkey, and thus a significant impact on the real estate market during the Coronavirus phase. There have also been great fears from real estate professionals that negative impacts and severe damages will affect the Turkish real estate market.

But in general, these fears can be dismissed and these reasons can be justified by health factors. As soon as the impact of the Corona virus diminishes, matters will return to what they were before. Also, the great strength of the economy in Turkey gave it more confidence in facing this sensitive stage in the country’s life.

The Turkish economy in the shadow of Corona

The Turkish economy has long experience, which made it acquire great knowledge to overcome the obstacles that appear before it, as the Turkish government has provided the necessary support to all groups of people, and has directed many financial support to real estate companies in the face of the Corona virus.

The Turkish sector is a sector with experience in dealing with crises, and it knows how to overcome all the obstacles that stand in its way, because it carries with it many investment opportunities that are long-term, and are not easily affected by temporary situations, and it must not be forgotten that the Coronavirus delinquency is an emergency delinquency. Related to the country’s health matters. Its effect will diminish with its demise, and with the application of the measures and measures taken by the Turkish government to limit its spread.

It is not possible to forget the great role that Turkey played in facing this crisis, while many countries around the world were suffering from a deficit in the ability to properly deal with the Corona crisis, and the aid provided by the Turkish state to many countries of the world cannot be forgotten, with regard to sending Medical masks and sterilizers to all countries who need them.

So when looking at the stage of the Corona virus in Turkey, one cannot turn a blind eye to the global crisis that has afflicted many industrial and economic advanced countries in the first place. The matter has reached some countries to the point of collapsing in the real estate market, which prompted investors to deal with the Turkish real estate sector, which turned out to be a desirable hope for many Arab and foreign investors.

Returning to the Turkish side and the real estate market in Turkey in light of the Corona crisis, we find that the Corona virus crisis has shown the reality of the major economic countries, and the process of money fluctuations began to appear in a way that scares investors. As a natural result, most of the investors in Turkey went to deal with the Turkish lira, taking advantage of the many distinctive real estate investment opportunities, and as a result, the desire of foreign residents to obtain real estate residence in Turkey increased.

And a look at the daily statistics provided by the Turkish Ministry of Health, related to the spread of Corona virus in the country. We see that these statistics indicate that the situation in Turkey is much better than European countries. As Turkey has become the only country in the world, it is gradually controlling the Corona virus. This situation will make it a strong country more than its current state.

What is the impact of the Corona virus on the real estate market in Turkey?

When talking about the impact of the Corona virus on the real estate market in Turkey with the recorded numbers and the announced statements, we see that the Turkish state, with the sophistication and long experience it has enjoyed over recent years, has turned the Corona virus crisis into a real opportunity for investors. In the statements of Biram Takkeh he said:

“Due to the economic downturn that occurred during the Corona crisis, the pressure in the sales process caused a reduction in prices for construction companies, which need large liquidity and financial support. This would increase the bargaining potential of buyers.”

“With the dependence of the real estate market in Turkey on the Turkish lira, and with the increase in exchange rates, the prices of foreign currencies such as the dollar and the euro have decreased,” Tikke continued in his statement.

Therefore, it can be said that the real estate market in Turkey has not been affected much by the delinquency of the Corona virus, as has been affected by many developed countries of the world, and this can be proven by looking at the huge numbers recorded by the sales of apartments in Turkey to foreigners in the year 2020.

The sales of apartments in Turkey formed a strong start based on a steady base and full of achieving records, and continued to achieve further progress, as the statistical figures indicate that the sales of apartments in the first month of the year 2020 amounted to 3 thousand and 907 apartments. Selling it to foreigners, and in that it would have achieved an increase of 25% compared to the general percentage of apartment sales in the same month of last year.

In addition, the Turkish real estate market for this year 2020 is witnessing an unprecedented movement internally, which is particularly evident in the sales of apartments in Turkey, which has witnessed an increase in demand, which has reached 50%.

For more proof that the real estate market in Turkey has not been affected by the Kurna virus, we supply the statement made by Mr. Atlay Demirbach, Chairman of the Board of Directors of one of the largest companies operating in the construction sector in Turkey, where he said:

“The year 2020 has witnessed a great activity in the residential sector, despite the outbreak of the Corona virus in Turkey during the last stages, and this great activity has accompanied similar movements in more than 200 economic sectors in the country, which are the sectors related to the work of residential apartments, including decoration and accessories. And sectors related to construction and other works, and this means, in one way or another, that the residential sector is one of the most important sectors whose movement can be reflected in the Turkish economy and real estate investments as a whole.

Mr. Demirbach added, “If the activity in the apartment market continues as this is the case, we will achieve in the apartments sector a full year sales within two months, and this matter will have a significant positive impact on the economy in general.”

Live in Turkey for Iraqis