Establishing a company in Turkey 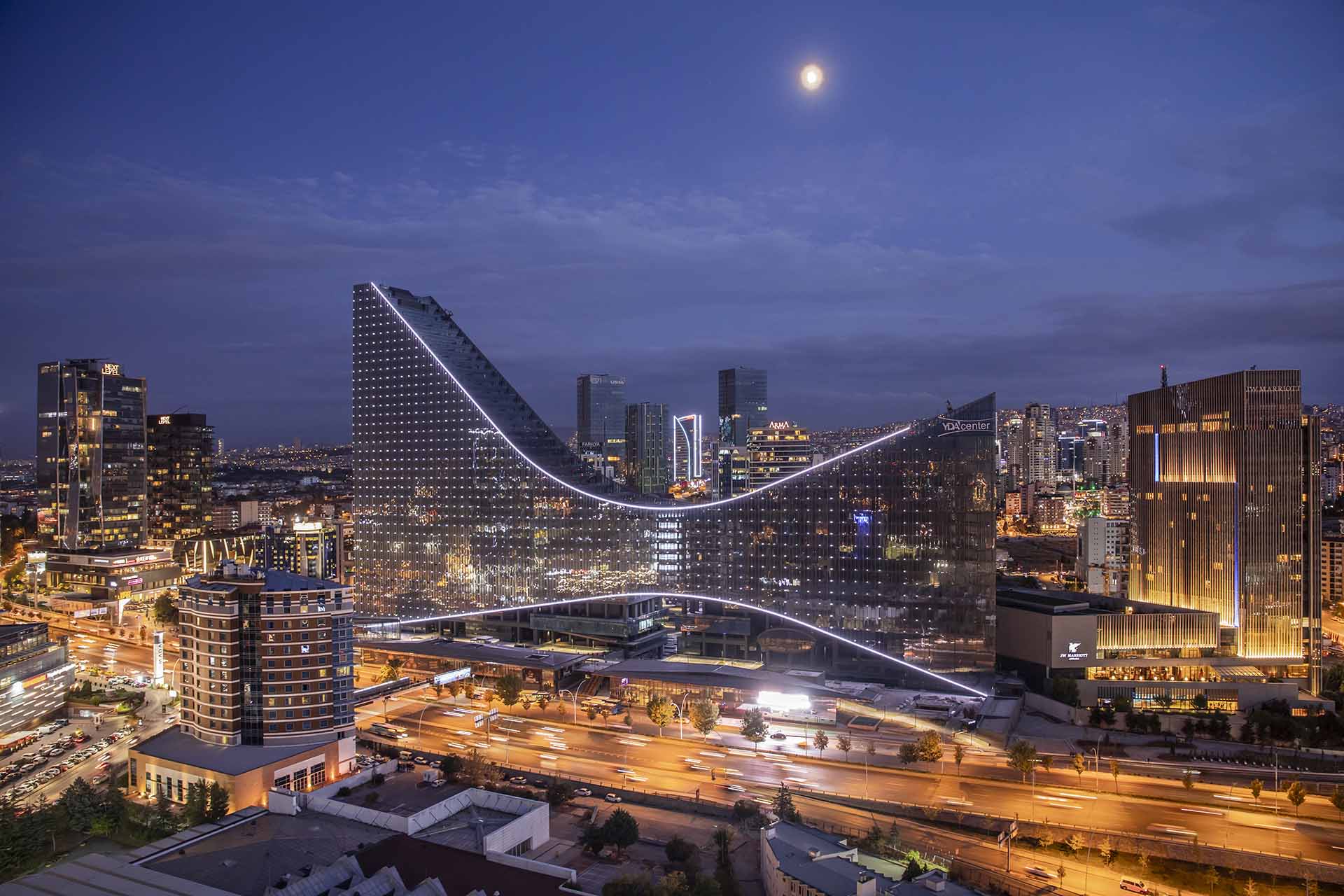 Establishing a company in Turkey

The Turkish government has worked to attract various types of commercial and economic activities, by facilitating procedures for the matters of those who want to invest in Turkey, and has provided them with a wide range of services that are in the interest of foreign investors on the one hand, and return the benefit to investment in Turkey.

These facilities enacted by the Turkish government have made the establishment of a company in Turkey by foreign investors a profitable project with distinction, especially those who seek to achieve large commercial businesses that generate huge profits for the owner of the project, and bring abundant benefit to the Turkish economy in general.

In this article, we will clarify certain issues related to the issue of establishing a company in Turkey, where we will talk about the types of companies that are of interest to investors, and we will explain the method of establishing these companies on Turkish territory, and we will mention some general observations that should be mentioned, and related to this project.

Types of companies in Turkey

A foreign investor can apply to the Turkish government to open a specific project, as there are four types of projects in Turkey, which are:
1- Joint stock companies

With a capital of at least 50,000 Turkish liras, equivalent to approximately 9,000 dollars, joint joint stock companies can carry out any commercial or industrial activity, not in violation of Turkish laws, but a quarter of the mentioned amount is required to be paid to the Turkish government before registering the company, and the number of partners should be At least five people contributed to the founding of this company.

In joint ventures, all shareholders in the company must be real persons, and by adhering to the articles of association of the company, the rights of each shareholder in it are determined, as these types of investment companies are established to activate a specific business project.

Such types of companies with special legislation have the advantage of being unlimited in carrying out the responsibilities assigned to them. These companies include insurance companies, financial leasing companies, debt collection companies, holding companies, foreign exchange companies, and companies that deal with storage in warehouses, banks and private financial institutions.

Companies with special legislation are characterized by the difficulty of obtaining a license for them, due to the different conditions related to the issuance of licenses for such investment companies.

It is worth noting that limited liability companies are not entitled to work in the fields of banking, insurance and currency exchange, and the company’s shares cannot be sold in any way, nor can they be subscribed, and the shareholders of the company are the guarantors of the public debts and taxes imposed on the company.

Limited liability companies are the preferred type for many investors and owners of small and medium enterprises, as the management of this company is supervised by the director and the general board of directors of the investment company. As for the responsibilities that are entrusted to them, they are related and limited according to the proportion of their shares in the capital contributed.

Where it is sufficient for one person or legal entity to establish a company such as limited liability companies in Turkey. Also, the most important aspect of this issue lies in the fact that the ownership percentage in the company can be 100% for foreign investors.

But there are some tips that must be mentioned when establishing such companies, which is that whoever wants to open a new company in Turkey should oversee its establishment by an experienced lawyer who is fluent in the language spoken by the company’s owner, and work to hire a trustworthy accountant who can supervise all Legal procedures and follow-up of the company’s financial matters, because the certified accountant is the one approved by the Turkish state to represent the company before it, as his job is to receive invoices, expenses and purchases of the company, and register them with the Turkish state departments. The presence of a certified accountant is a prerequisite for government dealings.

What are the supporting documents required when establishing a company in Turkey?

There is no doubt that establishing a company in Turkey is a legal procedure like other procedures that require when applying for it a set of identification documents that are required when establishing a company in Turkey, so that the new investor will be able to secure all the necessary papers for his new company, with great ease and convenience, So what are this necessary papers?

The passport of the project owner, translated into Turkish, and certified by the notary public, provided that the passport has a validity period of at least 6 months.
The presence of an entry stamp on the passport to Turkey or on the entry visa to Turkish territory.
The tax number document, and this paper can be extracted from any tax directorate in Turkey very easily.
Three personal photos.

What are the steps taken to establish a company in Turkey?

An investor who wants to establish a company in Turkey should follow the following steps:

Preparing the articles of association for the establishment of the company, and certifying it by a notary.
After preparing the articles of association of the company, the original copy of it, in addition to two copies certified by a notary, must be submitted to the Commercial Registry Office, and this must be done within 15 days from the date of authentication and ratification by the notary public.
All data related to the address of the company must be attached and clearly indicated with the articles of association in the company’s articles of association. It should also be noted that the company’s articles of incorporation will be publicly published in the official Commercial Registry Gazette.
Depositing 25% of the capital value in the bank, and the capital must be at least 100 thousand Turkish liras, deposited in a Turkish bank, with the aim of taking advantage of other powers that companies with large capital get in Turkey on the one hand, and making it easier for the investor Obtaining a license for the company and a work permit for its employees from another authority. A bank account for the company is opened in one of the Turkish banks, where the bank gives a paper to the company that proves the company’s warehouses there, and then the company’s transactions are managed in state institutions, obtain approval from the Chamber of Commerce in Turkey, and then obtain approval from the real estate registry.
The company must be registered with the local tax office, after obtaining approval from the Land Registry,
Receive the tax certificate from the local tax office, and place it clearly in the company’s headquarters, because the local tax officer will pay a visit to the company’s office to make sure the mentioned information about the company is correct, and from the tax certificate within several days.
With regard to limited liability companies, they must comply with Article 279 of the Turkish Commercial Code.

In order for things to proceed according to their normal and legal status when establishing a specific company, after the previous steps have been taken, a company must have been established through it in Turkey, as the real estate registry office to which the company papers were submitted will send a letter to the Ministry of Labor and Social Security in Turkey, informing him of the establishment A new company with its proven title, and when all employees of the company, including managers and heads of the board of directors, must be registered in Social Insurance.

Registration in social insurance is a required and necessary procedure for all companies in Turkey, and the company must pay insurance premiums periodically for every employee or worker in the company; Where the value of the insurance is about 750 Turkish liras per month.

It is the responsibility of the accountant of the company to organize and arrange all the papers and official documents that pertain to the global employees of the company, and the company must pay the insurance amounts owed by them, and upon failure to pay this insurance, all the previous due amounts must be paid from the first day of the establishment of the company. The company is also required to pay additional taxes upon delay in paying the monthly insurance value.

What are the expenses of establishing a company in Turkey?

We have talked today about one of the most important issues that interest investors recently, a topic entitled Establishing a company in Turkey. The first thing we talked about was the large facilities provided by the Turkish government in order to facilitate the procedures followed in establishing the company.

In order for the company’s affairs to proceed as normal and legally, our talk was directed around extracting work permits for employees and paying social insurance for all employees in the company.

The end of the article was to talk about the monthly and annual expenses of the company, and thus we have provided sufficient and comprehensive information on everything related to how to establish a commercial company.

Earthquake insurance in Turkey Earthquakes in Turkey Turkish geography is characterized by...