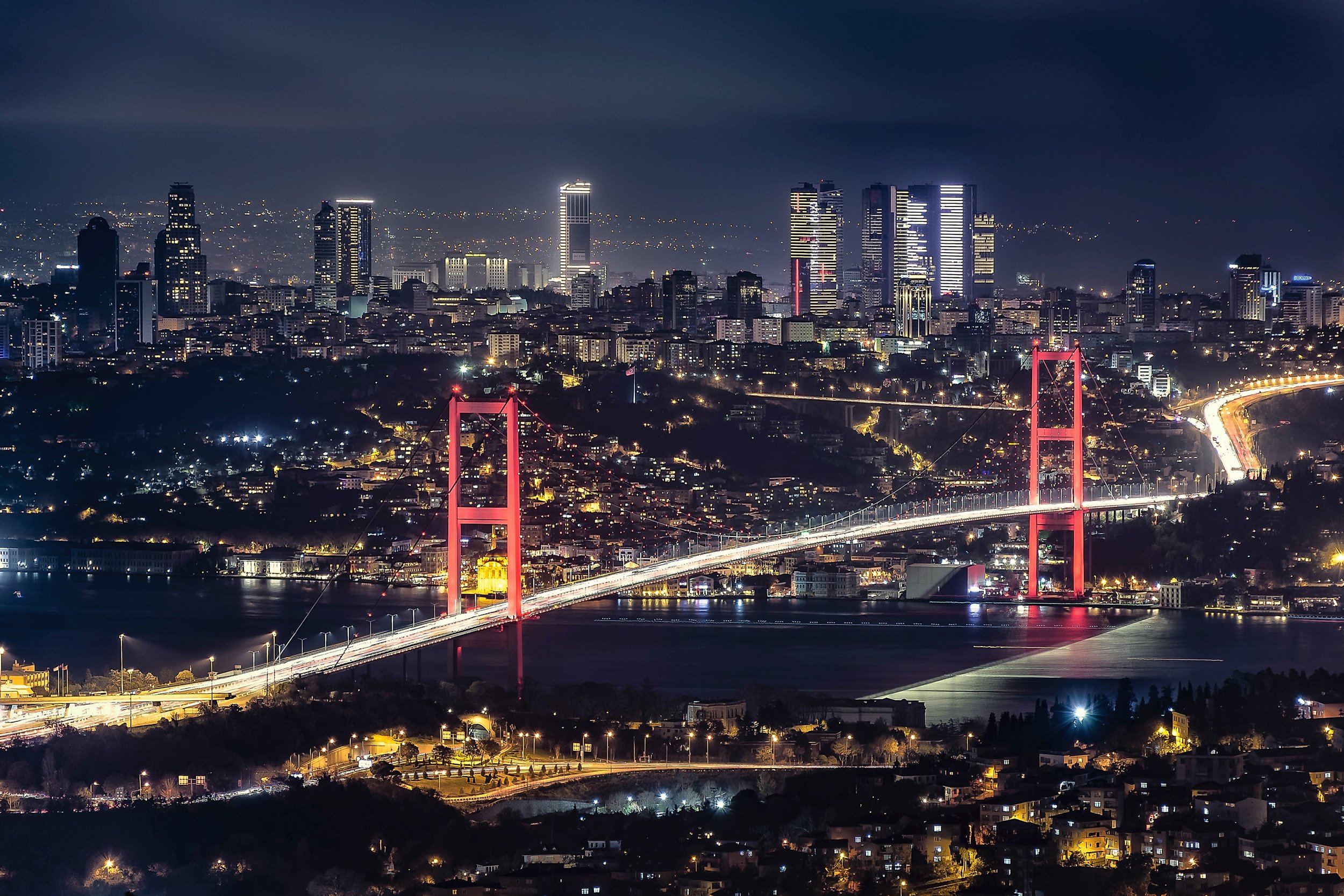 It is also no secret that this city has significant impacts on many different sectors, such as education, tourism and real estate in Turkey. In addition, the real estate markets owned by this city are pushing investors towards it, as it includes the largest real estate market in Turkey, keeps pace with modern life in all its forms, and works to encourage investors to buy homes, apartments, offices and villas.

What are the reasons that make Istanbul an ideal city in the eyes of investors? What are the advantages that exist in this city as well as other states? Where we will start our article with an overview of the city of the two continents, through which we will present some necessary information about this city, and then go over the reasons that make this city a favorite for investors.

An overview of Istanbul

The city of Istanbul, which was known since ancient times as Astana and Constantinople, is one of the largest cities in Turkey and the world, and it is the economic capital in Turkey, due to the large number of vital projects that have been implemented in it, and it is the city known as the city of the two continents, because it includes one of the most famous bridges in the world, the Bosphorus Bridge, which It forms the link between the Asian and European continents.

The city of Istanbul is located in the Marmara region in the western part of Turkey, and it occupies a huge area in Turkey, which is estimated at 1,830.92 square kilometers. This huge area has caused the diversity of the geographical terrain in Istanbul, where there are plains, plateaus, mountains, waterfalls, seas, rivers, etc. Other landscapes.

One of the most important features of Istanbul is the presence of many tourist areas that attract tourists throughout the year, as all the tourist ingredients are available in this city, which is loved by tourists coming to it from different parts of the world.

There are historical and archaeological places, such as palaces and historical castles such as Dolmabahce Palace and Topek Kabi Palace, and there are many religious places that deserve a visit, such as the Al-Fatih Mosque, Sultan Ayyub, Sulaymaniyah and many other mosques.

There is a huge group of malls, which include the most famous local and international brands, such as Mall of Istanbul, Mall 212, Outlet Mall, and many other malls. In addition, we have museums, parks and entertainment venues in Istanbul.

All these municipalities are working to provide the necessary services to all residents in the city, and the total number of the population in it is approximately eighteen million people, and most of the population has Turkish origins, with the presence of sizeable groups of foreigners coming from European, Arab, and Asian countries, With the goal of work, investment, education, or permanent settlement in the city.

Real estate in Istanbul is one of the most promising real estate markets in Turkey in particular, and on the European continent in general. The strategic location of this city, which contains the Asian and European continents, is one of the most factors that work to attract investors and tourists to it alike, as the one coming to the city of the two continents finds the features of the charming nature, and the solid solid ground for establishing and establishing investment projects.

Due to the availability of the ingredients and conditions that are required for the success of investments, promising opportunities abound for those wishing to secure housing and real estate investments, which include the sale and purchase of apartments, villas, lands, farms, shops, commercial offices, stores, buildings and other types of properties for sale in Istanbul.

The city of Istanbul, in each of its neighborhoods, and in each of its regions, is suitable for investments and offers great opportunities for investors in various sectors, whether real estate, agricultural or industrial. As for those wishing to own real estate, the options before you are varied, and each according to the budget available to him.

As there are those who prefer to search for apartments with sea view in Istanbul, where they benefit from the process of renting them monthly with a material return, and there are those who prefer to invest in lands that are already known to be included in the organizational plans, near the new major projects, such as the Istanbul Canal project, and then sell them at prices Double.

As a result of the aforementioned data related to the real estate world in Istanbul, the real estate value of this city has increased greatly in recent years, and real estate purchases in it have turned into important investment projects that generate a lot of money and profits.

This is in addition to the fact that buying real estate with the aim of investing in it has become one of the most options that guarantee you abundant profits in Istanbul, for example, the rate of increase in apartment prices during the last ten years in large cities such as Istanbul has reached nearly 100 percent.

This leads, in one way or another, to the growth of the areas that feed from these networks, and thus leads to an increase in prices and a gradual rise in the value of real estate located alongside this network of transportation.

For example, real estate prices in Istanbul, especially in the areas through which the Marmaray line passes, increased several times after the completion of this project, as well as the case in real estate next to the Eurasia tunnel.

And in an article entitled “The Best 10 Places to Buy Real Estate Abroad in 2019”: which was published by the American website “Living and Investing Abroad”, which specializes in real estate matters and real estate consultancy, the following is stated:

“Istanbul enjoys strong economic growth, and a number of attractive tourism and investment options are available. This city is one of the most important and largest selling points, and it has the best types of real estate investment in Turkey, and the Turkish real estate market is within the budget of most investors.”

It was also mentioned in it:

With this tremendous potential of Istanbul, it was ranked ninth among the most visited countries in the world in 2018, and thus it is ahead of many developed European cities such as Berlin, Barcelona, ​​Rome, Los Angeles, and other important tourist cities.

The distinctive location of Istanbul, and the long history that is full of it since ancient times plays a prominent role in order for this city to be the first among the Turkish states in terms of real estate investments.

The geographical diversity that characterizes Istanbul, the abundance of commercial resources, and the abundance of effective ingredients in the investment process make this city a strong interface that attracts investors from different parts of the world.

In conjunction with the comprehensive renaissance witnessed by the city of Istanbul in particular, and Turkey in general, the demand for the Turkish real estate market was tremendous, which left a clear impact on the value of the investments that were established in Istanbul, and was clearly evident in the high quality of construction, its modernity and the standards of luxury in it.

In addition, reports and studies concerned with real estate affairs around the world indicated that Turkey in general and Istanbul in particular are among the ideal places regarding the issue of real estate investments in the world; In that, it is based on real factors and standards that are proven by numbers and are present on the ground, which raise the values ​​and permanence of investment, and confirm that the first priority for the Turkish real estate market is Istanbul.

It is also possible, through the international airports that are located in Istanbul, and the powerful airlines in it, to go to twenty-two global capital cities with direct flights, not exceeding two hours, in addition to the great number of tourists visiting Istanbul from all over the world, which reached its peak in The past two years, and his new year began with new records during the first two months of this year 2020.

Thanks to this huge potential that Istanbul has in particular, the report indicated that it has started to occupy the advanced ranks in its race with the global real estate markets and competition of great importance, and has achieved record numbers in terms of increasing the investment value of its real estate, especially in recent years.

Also, the various real estate indicators explicitly indicate that commercial and residential real estate in Istanbul enjoy a privileged position and a significant increase in investment value, especially after the real estate market in Istanbul witnessed a strong movement at the internal and external levels.

The multiplicity of areas for real estate investments in Istanbul

Those who want to invest in Istanbul can enter the following two areas:
1. Investment in commercial real estate in Istanbul

This type of investment is designated for commercial business and practical projects, and under this type there are different investment forms, such as: commercial offices, shops, industrial real estate, and the development of agricultural lands …
2. Investment in housing projects in Istanbul

As for this type of investment, it is allocated in real estate used for residential purposes only, such as villas for sale, apartments and houses for sale.

There is no doubt that real estate investments in Istanbul in all its forms and forms are of course a successful real estate investment, and it is known for its distinction, in terms of its returns and profits, but provided that the necessary measures are taken well and the conditions for its success are adhered to.

7 best Turkish cities to buy property   When it comes to buying a property in one of the...