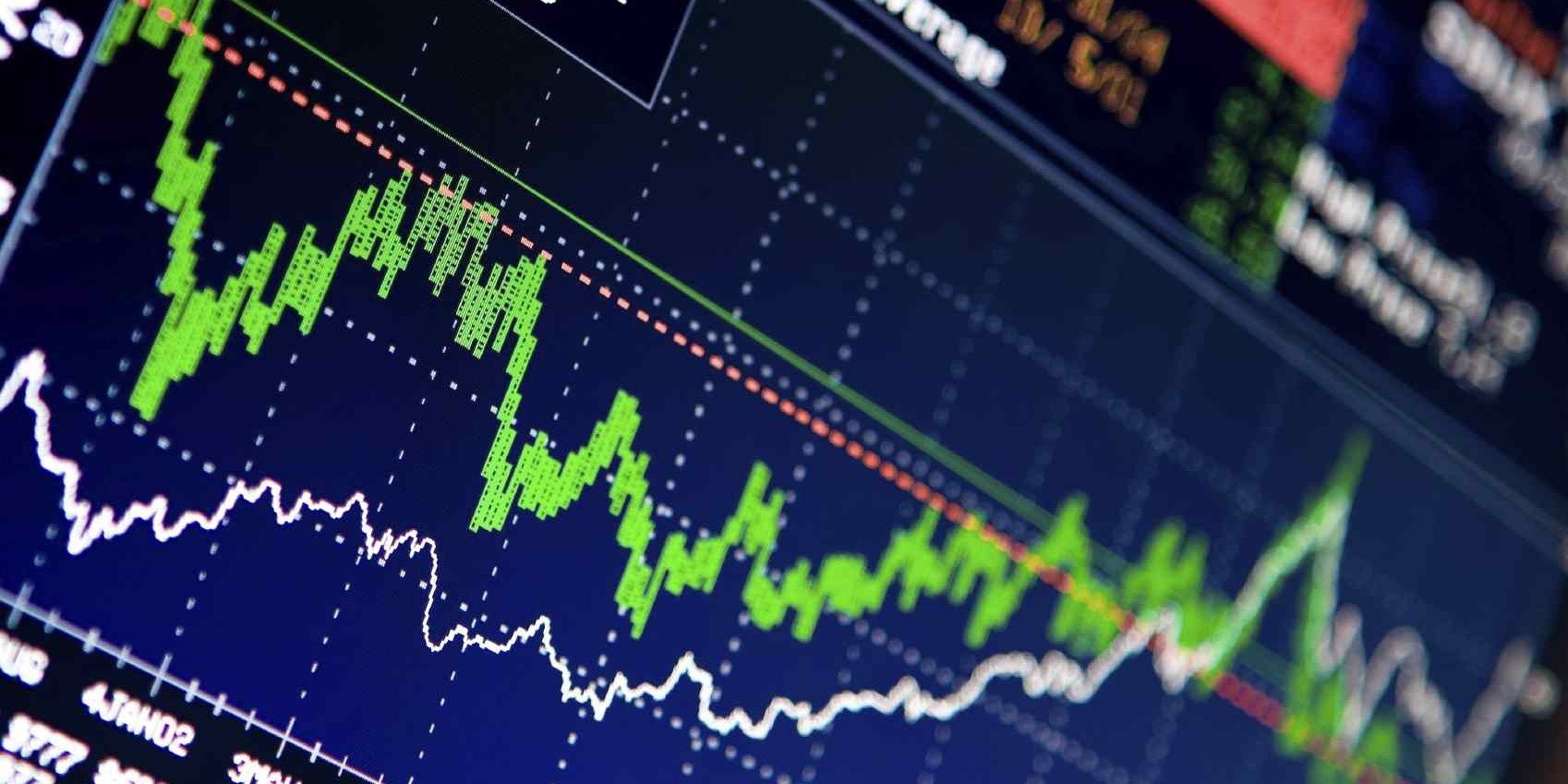 In addition, the economy in Turkey seemed to show great interest in the regulatory work of real estate magazines, concerned with implementing free foreign trade policies, in cooperation with other countries, and making the free circulation of money and services between individuals and institutions a top priority.

All these solid measures and steps taken by the Turkish government through the Ministry of Economy and Trade in Turkey, were the cause of the great progress of the Turkish economy among the global economies. And an important factor in elevating its economy towards the best countries in the world, to gain a prominent position among the global economies.

And if we want to talk about the arrangement that Turkey got during these recent years, it can be said that the Turkish economy, thanks to the tight plan that it drew for itself, was able to register itself in the eighteenth place, which in this order appeared as one of the major countries, in terms of economy in the world This arrangement was accompanied by a percentage of the gross domestic product, which amounted to approximately $ 736.716 billion.

With these firm steps that it has followed, Turkey is trying to revitalize the economy, to be among the top ten in global economies, by the year 2023 AD.

International Moody’s forecast of the Turkish economy in 2020

At the same time, she expressed her expectation about the stability in the Turkish economy, which was known at 0.25 percent, and that this figure will rise to three percent by the end of the year 2020, and the beginning of the next world 2021.

The strengths of the Turkish economy

If we look at the Turkish economy in general in recent years, we see that it is characterized by being an economy that exceeds expectations, and has huge capabilities to overcome difficulties. If we take an overview of the Turkish economy at the beginning of 2018, we will see how true the words we have said.

Those interested in the country’s economic affairs know the crisis that almost destroyed the Turkish lira, due to the political situation, which soon reflected on the Turkish economy, and there was great doubt and a kind of apparent pessimism in the ability of the Turkish economy to overcome this crisis.

But looking at the numbers recorded at the end of the year 2018, the matter was contrary to all expectations, and according to the data and figures disclosed by the Turkish Ministry of Treasury and Finance, a surplus of one billion dollars was recorded in the Turkish budget in January of the following year 2019.

As the reports indicated that the revenues achieved by the Turkish Ministry of Economy and Trade recorded an increase of 97 billion Turkish liras during the first month of the following year.

If this indicates anything, then it indicates the tremendous ability of the Turkish economy to overcome the obstacles that appear before it. And its registration numbers exceeded expectations issued by economic analysts.

If we go back a little bit, that is, to the year 2008 in which the world’s economies witnessed a crisis and tightness, the Turkish economy had a major role in getting rid of this crisis early and overcoming this obstacle, as economic growth in Turkey reached 9.2% in 2010, and 8.5% 2011. As a result, the per capita GDP has increased.

The Turkish economy after the Corona crisis

After the spread of the Kurna virus in Turkey, the Turkish economy recorded a growth of 4.5 percent in the first quarter of this year. Accordingly, the Turkish Statistics Authority announced the figures related to growth and GDP for the first three months of this year 2020.

These data showed that the gross domestic product at current prices increased by 16.2 percent in the first quarter, compared to the same period last year 2019, which amounted to approximately one trillion and 71 billion and 98 million Turkish liras.

In a related context, Standard & Poor’s International Credit Rating Agency predicted its long-term credit rating for Turkey, in a statement issued by it, a major recovery, which the Turkish economy will witness in the second half of this year 2020, despite the fluctuations in exchange rates, and the stalling of economic activity, due to the repercussions of the virus The new Corona.

It is expected that the main economic indicators of the economy in Turkey will improve, especially after a package of measures taken by the Turkish government in order to overcome the severe economic obstacles after the Corona virus.

Also, the major central banks in the world in general, and in Turkey in particular, to reduce interest rates several times, during the years 2019 and 2020, will enhance the positive atmosphere that awaits the Turkish economy in the next year.

The Turkish Minister of Finance and Treasury, Bara Albayrak, stated that Turkey’s trade balance achieved a surplus in June of this year on an annual basis, and that this was achieved for the first time in 17 years. He stressed that the economic administration in Turkey will continue to work with determination in order to achieve success in the annual balance of payments.

The Turkish Economic Administration sets its sights on the percentage of the deficit in the current account from the national income as a goal to achieve during the year 2020, within the limits of 1.2 percent of the gross domestic product.

Given all the above data, we have seen the strength of the Turkish economy during the past months, despite the suspension of the largest global economies due to the spread of Corona pandemic in the world, the Turkish economy remained resilient, and aid was provided to many other countries.

In this paragraph we will shed light on the Turkish economy during the past twenty years, and it can be said that from the time when the Justice and Development Party led by President Recep Tayyip Erogan took over the reins of power in 2002, there were different policies that made the economy in Turkey move forward And progressed in its ranking to reserve a prominent place among the largest countries in the world.

A new policy for the Jadi Party enabled the economy to develop and grow rapidly, and it worked to boost the country’s imports and exports. Therefore, we can say that Turkey in the era of Recep Tayyip Erdogan introduced a wide range of measures related to the economy, and among these measures are the following:

GDP doubled.
Turkey has turned into an attractive country for investments and investors.
The large and growing volume of Turkish exports.
Turkey’s entry into the G20 among the global economies.
The value of Turkish exports has reached more than ten times what it was before Erdogan came to power.
Istanbul Stock Exchange shares rose by 5.40 percent, while the value of companies in the market rose within one day, by 30 billion Turkish liras, equivalent to 10 billion US dollars.
The Turkish currency recovered against foreign currencies, especially against the US currency, while one dollar was equivalent to 3 Turkish liras before Erdogan came to power, the Turkish currency improved within one day, to advance to the limits of two liters and 79 piasters against the dollar.
The Consumer Confidence Index rose by 22.9 percent, which is a record high for the Consumer Confidence Index.

The future of the Turkish economy

In order to know the future that awaits the Turkish economy in the coming years, a general knowledge of the conditions and circumstances the country is going through is necessary, as everything is related to each other in the state system, and with a future outlook for the economy in Turkey, a study conducted by PricewaterhouseCoopers showed that the Turkish economy will be ranked The twelfth largest economy in the world by 2030, in return for a gross domestic product that may rise to 2.996 trillion dollars.

PricewaterhouseCoopers, which is one of the most important companies specialized in providing professional services in the world, indicated in its study that there are some real economic standards in the world, which indicate that global economic balances will undergo a change in the coming years, as economic power will move towards emerging economies The long-term.

With these numbers that it will record in the coming years, Turkey has shown superiority over many developed countries in terms of economy, such as Italy and South Korea, which confirms that the Turkish government, through the Ministry of Trade and Economy in Turkey, is taking the necessary measures resulting from indicators and studies.

The Turkish economy opens the way for foreign investments

All the advantages of the Turkish economy, and all the ingredients that are evident in Turkey, in terms of the strength and durability of the economy, was an encouraging factor to open the way for investors to establish vital and huge investment projects in the cities of Istanbul, Ankara, Trabzon, Antalya and other Turkish states.

In addition, the Turkish government undertook some mega projects in various fields, social, health and educational, which had a great impact on strengthening the strength of the Turkish economy.

The huge returns that are gained through the tourist seasons, contribute in one way or another to the progress of the Turkish economy, and make the investor start the first steps in the process of establishing his investment project.

The strength of the Turkish economy, which greatly affected the facilitation of obtaining the investment potentials for those who want to own property, and made the Turkish government provide the ingredients needed by the investor in order to encourage investment in all its forms.

And we continued talking in our article about the strengths of the Turkish economy, which makes it able to overcome the obstacles that appear before it, and stand stronger than it was before.

Then we tried for you to portray the reality of the Turkish economy over the past two decades, and the tremendous economic advances that took place during the era of Recep Tayyip Erdogan. We took a look at the future of the Turkish economy, according to a study conducted by PricewaterhouseCoopers, which confirmed Turkey’s entry into the top ten world economies in the coming years.

We have not forgotten to talk about the most important point in the article, which is the Turkish economy and investments in Turkey, and about the Turkish government’s attempts to encourage investments and mega projects in the country.

Live in Turkey for Iraqis